James Hitchen was (now having passed away) the Great Grandfather to Maria one of our junior members of Clitheroe Youth Forum.James Hitchin we are pleased to say survived the war. 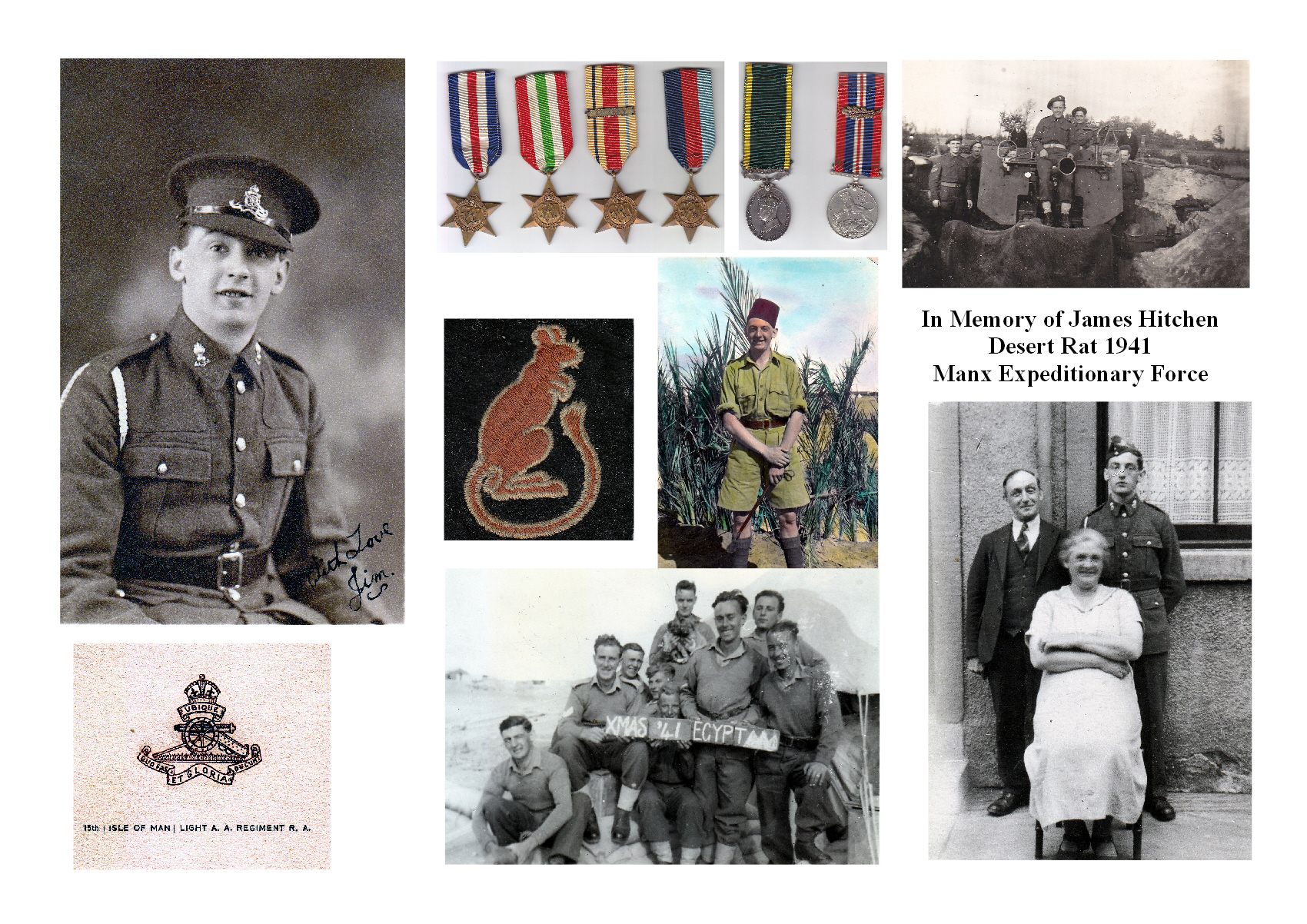 reflecting their feelings on duty in the desert 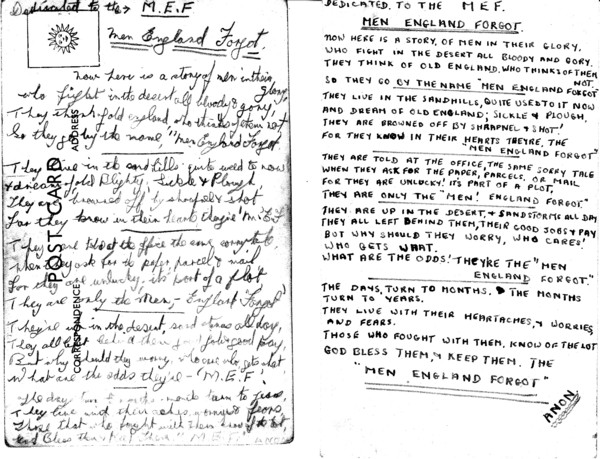 Salute to our Heroes 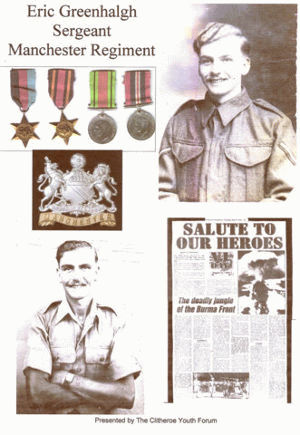 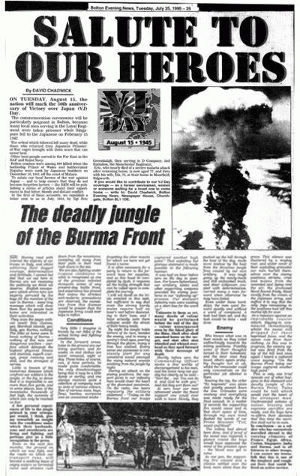 We met Ida recently who was married to Sergeant Eric Greenhalgh and who has now passed away. Ida and her daughter Angela very kindly copied this for us as this was republished in the Bolton Evening News, Tuesday July 25th 1995 from an original account sent by Sergeant Eric Greenhalgh in July 1944. Sergeant Eric Greenhalgh was then serving in D Company, 2nd Battalion, The Manchester Regiment. Eric who very nearly died of of a severe malaria attack described this as the Forgotten War. We shall retype most if not all of this document in due course.  Our thanks go to to Ida and Angela.

One soldier was killed, and two others badly injured on Wednesday of last week, when an Army vehicle overturned on Dodd Brow, Jeffrey Hill, Thornley with Wheatley near Chipping. The vehicle was being driven down a steep gradient when it apparently got out of control, ran into a bank and toppled over. The driver Private Joesph McNamee was thrown out and sustained fatal head injuries. Private Edwin Monksfield was trapped under the vehicle and his leg was fractured. Jacks had to be employed to raise the vehicle to release him.

Sergeant Richard Foldgate had injuries to his leg and other cuts and abrasions. A fourth occupant of the vehicle was unhurt. Monksfield and Foldgate were taken to Preston Royal Infirmary. DRIVER NOT TO BLAME SAYS CORONER. At an inquest at Ribchester, on Friday on the body of McNamee when a verdict of misadventure was returned the Coroner (Mr F Rowland) gave as his opinion that the whole trouble had been that the vehicle had overturned not as a result of inefficient driving, but because it was not in a fit condition to be driven. He thought McNamee was blameless, as it was not his regular vehicle, therefore he had no opportunity of studying its defects. Sergeant Richard Thomas Holgate was in the carrier said that as the vehicle took a left hand turn it slid to the right. McNamee pulled the wheel to correct the skid but the carrier mounted a grass verge, struck a stone wall and overturned.

A Sergeant who examined the vehicle said the steering was defective and the brakes badly worn.

A tragic waste of a life through no fault of his own.

Mr and Mrs Hebden of 1, Poole End, Whalley, have received an offical communication that their second son, the late Sergeant William Hebden, who died as a result of an accident whilst a patient in Belfast Military Hospital, in July of this year, has been mentioned in despatches for distinquished services in December, 1940. At the time he was serving in France and he died two and a half months later without knowing of the honour. Twenty five years of age Sergeant Hebden joined the Forces seven years ago and was in the thick of the fighting. He was one of the last to leave Dunkirk, swimming to the boat with a comrade on his back. He served in Malta, and he had been stationed in a large number of towns and cities at the time they were blitzed. A keen athlete and a splendid swimmer. He won several medals for sport whilst serving in the Army. As a boy he attended Whalley Day School and later entered the employ of Mr J Stavely a local farmer.

Private Arnold Bibby R.A.M.C who has been wounded whilst serving in France is now in hospital in this country. Mrs Bibby his wife who lives at 5 Back Lane, Wiswell has received letters from him stating that his wounds are not too serious. He was employed as a male nurse at Calderstones before joining the Forces in April, 1940. His friends will wish him a speedy recovery.

Met Muriel at Henthorn Community Centre who at the age of 19 joined the land Army and was posted to the Tosside area in the Ribble Valley from her home area of Dewsbury in Yorkshire. She and the other girls worked seven days a week and from dawn until dark and even then work continued in the barns. She very quickly learned to drive a tractor and got on with the ploughing on many occasions. Billeted at Holden Clough. Worked with two Italian prisoners of war and one German named Joseph. It was hard but healthy and enjoyable work and at least ate alright and needed to with the physical work they were doing.

After the war worked on a local farm egg collecting along with oher tasks and met her husband and lived at Holden.