Whalley and nearby Barrow

With grateful thanks to Susan Eldridge for the use of her photographs. 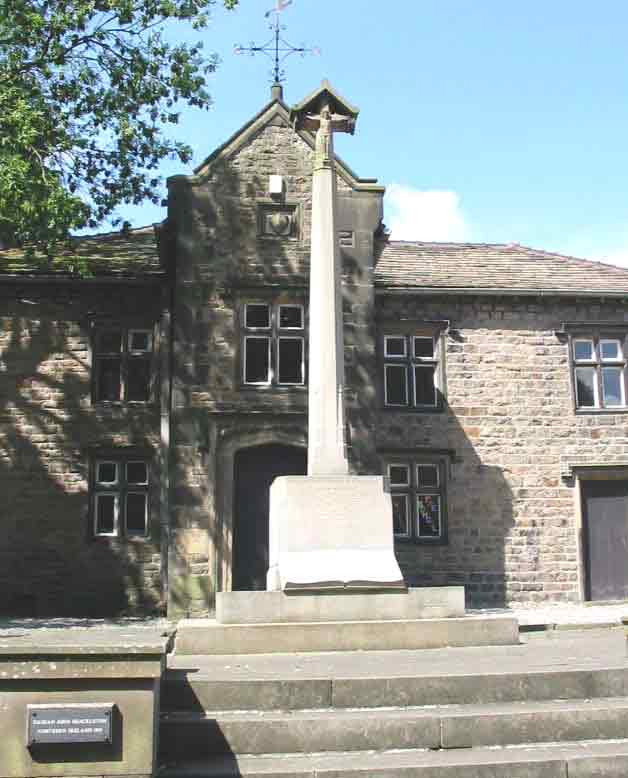 Those killed from Whalley and nearby Barrow

Those who died from this area serving their Country and the cause of Freedom and Liberty. Full details given on their respective Service records on this website. 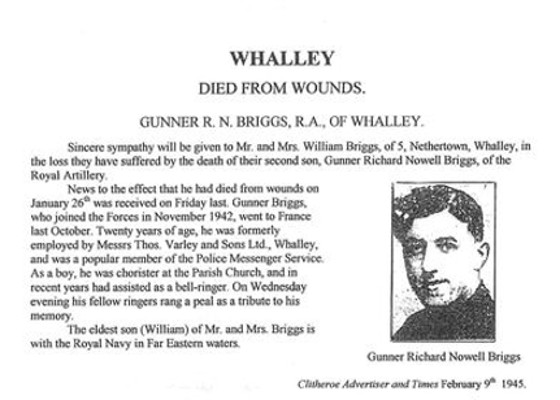 James Rothwell formerly of 25 Queen Street, Whalley was captured in the Far East in 1940 and died in a Japanese Camp -Tjimahi Bandoeng on the 14.03.1945.

His wife Harriet and daughter aged 17 also went missing and no further record has yet been seen.

Damian Shackleton aged 24 and serving in the British Army (1st Battalion Scots Guards) was killed by a snipers bullet in Northern Ireland in August 1992. The following articles are taken from the Clitheroe Advertiser and Times dated August 20th and November 12th 1992.

Another soldier is killed in Northern Ireland. He was murdered by the IRA, by a coward who only had the courage to shoot him from a distance and in the back. Another family is destroyed and a four-year-old son left without a daddy. Does anyone really care?

To most, he is just a statistic, now yesterday's news. It's a sad fact that when the IRA strikes and more innocent lives are taken, it is accepted as the 'norm' and people no longer take much notice. If he had been killed in a war, he would be a hero. If he had been murdered by anyone other than the IRA, there would be a full scale murder hunt. As it is, the murderer gets off free and continues the destruction elsewhere. This cannot be allowed to go on, something has to be done. I realise that the people of Northern Ireland are to remain under British rule. But there comes a time when the question has to be asked. Are the wishes of the people in six counties really worth all the lost lives and suffering caused by the IRA! Do the deaths of so many innocent people mean so little?

We hear such noble speeches about how we have to keep up the fight against terrorism, how we cannot let them win. Well, I am sure that when his four-year-son is old enough to know how his daddy was killed he will realise that the IRA has already won as far as he is concerned.

Additional Information. Damian was killed on Duncairn Avenue, New Lodge, Belfast. It was his third tour of duty. IRA gunmen took over a catholic house keeping the residents hostage and waited for the patrol which Damian was in to pass by.

They gathered in their hundreds throughout the Ribble Valley at Remembrance Day services on Sunday to commemorate servicemen and women who gave their lives in the cause of peace. A special wreath was laid by family members of Whalley soldier Damian Shackleton (24) who was killed by a snipers bullet in Northern Ireland in August. The wreath was laid at Whalley War Memorial where the ceremony was led by the vicar of Whalley Parish Church, the Rev. Michael Ackroyd, and Methodist Minister the Rev. Brenda Leigh. Wreaths were also laid by members of the Parish Council, uniformed organisations and the Royal British Legion.