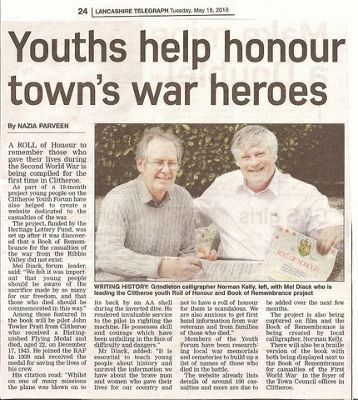 I was given just an hour to get this sorted by the Lancashire Evening Telegraph and in between getting hold of Norman I had to put together 5 stories of servicemen for the paper to choose from or would have tried to get some of the young people out of school for this picture and dashed to Clitheroe to get a few of them. 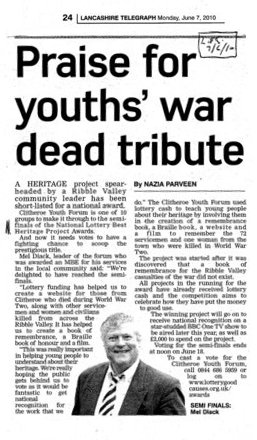 Film and Interview Training May 2010

This continues to be ongoing. We were were meant to be filming Councillor Joyce Holgate on Monday 10th May concerning her brother who was in the Guards and lost his life serving his country. However, this will now need to be rescheduled as Councillor Holgate has broken her ankle and we wish her a speedy recovery.

Roger and Mel have interviewed and filmed several ex servicemen recently who average between 92 and 98 years of age who were in the Second World War and are only available during the day time. As soon as an opportunity arises the young members of the group will interview them.

Clitheroe Youth are now about to start making a small book of their own as part of this project. Norman Kelly will be looking after this aspect of the work. 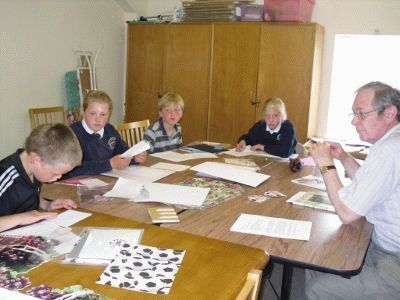 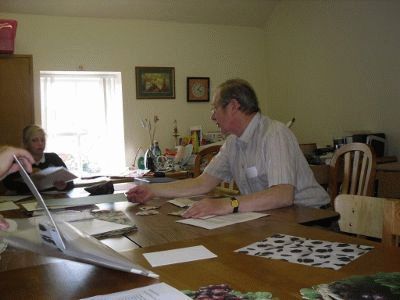 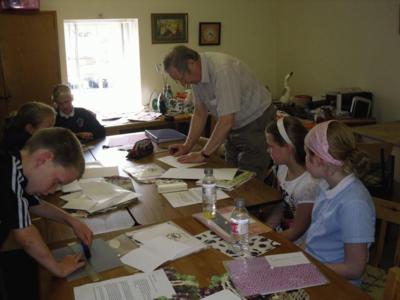 The launch of the web site took place at the ITZone on the Upper Floor, Chapel House, Shawbridge Street on Thursday 29th April.4.15pm

The Mayor of Clitheroe Mary Robinson and the Deputy Mayor of the Ribble Valley Councillor Rimmer attended. The site was launched by members of Clitheroe Youth Forum along with a small speech on the progress made. Bob Scott Chairman of the Clitheroe Branch of the Royal British legion attended and said a few words and asked for a minutes silence.

Roger Leach and several young members filmed the proceedings. A photograph was taken by the local Clitheroe Advertiser and Times of the young people and the Mayor's which we will publish as soon as they do. Light refreshments were available. Both Councillor Rimmer and Mary Robinson expressed how much work had gone into this project already and were extremely impressed by what the young people had achieved.

We also had a piper playing (Michael) when the guests arrived and as they departed. Quite a few of the neighbours on Shawbridge Street came out to look at him playing.

Bob Scott concluded the proceedings with words appropriate to the occasion and our thank's go to him. Our appreciation also goes to all those who attended.

Schedules are now being worked out for projects relating to each aspect of this work. More news and updates to follow. 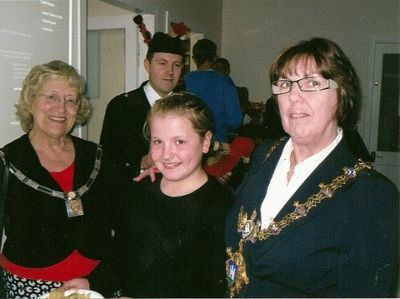 Photograph at the launch

Morgan Reece with the Deputy Mayor of the Ribble Valley Councillor Rimmer to the left and Mayoress of Clitheroe Mary Robinson on the right.

Some more photographs taken at the launch. Michael Tomlinson being interviewed by the Press in top left picture. 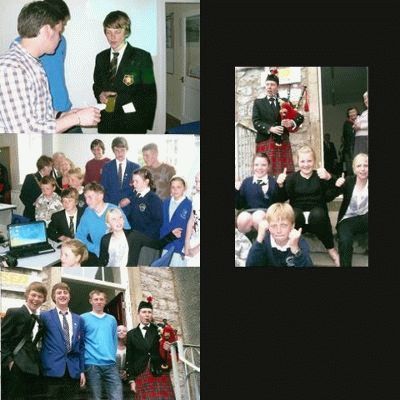 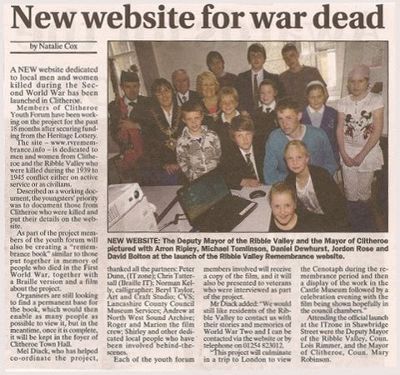 Photograph and write up from the Clitheroe Advertiser and Times dated 6th May 2010. Page 6. 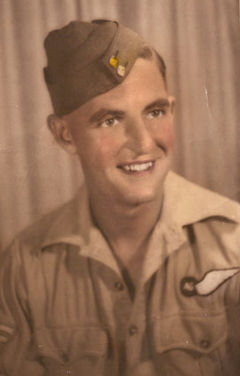 One of our youth members has just handed us information on his Great Great Uncle Fred Crowther a Flight Sergeant (W.Op/Air Gunner Royal Air Force 117 Squadron Aged 22 when he was killed on 20/07/1944. Service number 1237457. Buried Imphal War Cemetery, India. Came from Mellor. Grave 4. D. 16-20. The plane crashed near Nunghar Village, India. We currently have his Observer and Air Gunner Flying Log Book as well as other relevant information and a letter from his Commanding Officer South East Asia notifying his family of his sorry loss of such a man along with others from the crew that fateful day. Son of Fred and Sarah Emma Crowther.

We may print more on this once we have met the family of our youth member. We do have a photograph - above - of Fred Crowther.

Youth members are stepping back in time on Saturday 29th May as they will be heading to Rawtenstall to catch a steam train to Bury for most of the day. There is to be a recreation of World War Two so hopefully lots of photograph opportunities. Information will follow on how this all goes.

Youth members stepped back in time as they went between Rawtenstall and Bury on the steam trains and enjoyed the activities despite the poor weather. We have published a few photographs below of our visit.

Photo's in the Readmore..