We are delighted to announce that our World War Two project won the National Rotarian Award and Morgan Rawcliffe and Harry Ellis were invited to attend the National Award Ceremony in Dublin on Saturday 16th April. Harry went with his father Sean and Morgan her Mum (Nadine). Sue and Ken Hind from the Ribble Valley Rotary Club went as representatives. The group accompanied by the Clitheroe Youth Chair Mel Diack went over on Friday 15th April. Morgan and Harry give a talk on the project in front of over 1,000 Rotarian members whilst being filmed live by BBC 24 hours and being presented with the award by Ellie Crisell. The BBC TV showed this at 11.30am until 12noon along with other individual awards. You can type in BBC 24 Hours News and then search for Young Citizen awards -Dublin to find this. (available only for another 5 days). The BBC Breakfast programme also showed the previous recordings on Tuesday 12th April. This can be viewed on their website and type in Clitheroe Youth to see the film again on a countdown to remaining on the website.

This was a tremendous experience and Harry thanked all the members of Clitheroe Youth. Later in the afternoon the party went round Dublin on an open top bus.

Really good experience all round and well done to all concerned.

On Parade In Clitheroe 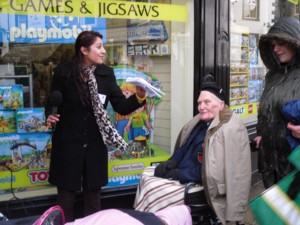 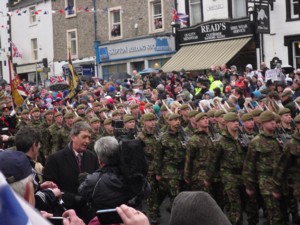 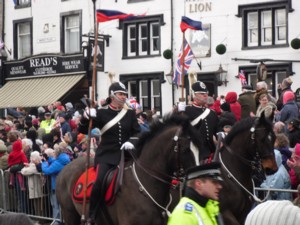 The Vicar Andy Froud Shows the Children the new location for the Braillie and Roll of Honour Book's in St Mary's Church. This was a video that has gone missing, we will have to get a photograph. 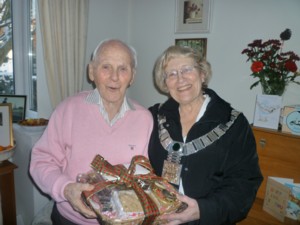 Here we see Sam and the Mayor of the Ribble Valley Councillor Mrs Lois Rimmer at his 98th Birthday party. The pink jumper suits you Sam. We are just hearing that Sam has been invited to meet the Queen at Buckingham Palace at one of her Garden Parties. Sam has been sent three dates for this summer and to choose one that suits him the best. At the moment the 29th June seems to be the best and it is the nearest in the diary with the other two dates in July. Hopefully Sam can get to meet the Queen and make it to London and back without overdoing things!. More information to follow. Nice one.

Clitheroe Youth attended the Remembrance Service at the Castle War Memorial on Sunday 14th November. Morgan Rawcliffe, Morgan Kennedy, Maria Hitchen and Caroline Dewhurst laid a wreath on our behalf watched by other members of the group. There was a really good turnout from the Town. 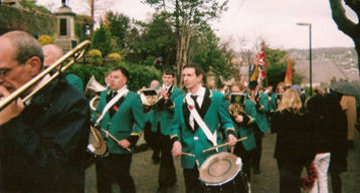 Our girls can be seen in the bottom left photo having laid the wreath. The band playing is the Clitheroe Town Band. Clitheroe Youth were specifically mentioned by the Clitheroe Mayor Councillor Alan Yearing for their efforts in making a 'Roll of Honour' and 'Braille Book and website 'for those killed during World War Two. 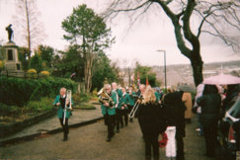 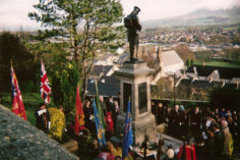 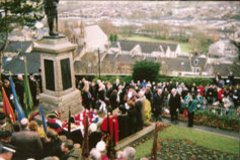 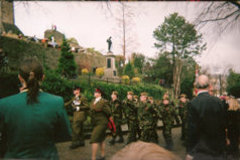 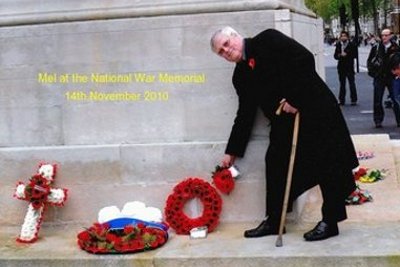 More photographs in the Read more...