Mel Diack MBE centre of the photo was invited down to Northolt RAF Base, London in September 2016 and awarded a commendation on behalf of the Polish Forces and Polish Memorial Executive. From left to right Group Captain David Manning, Richard Kornicki OBE, DL and Chairman of the Polish Air Force Memorial Committee and Lt Colonel Dorota Kawecka Acting Defence Attaché, Republic of Poland. 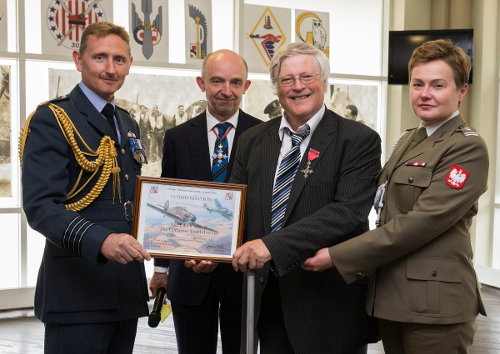 Clitheroe Youth Forum were awarded an Adam Rogers Community Award for our World War Two "We Shall Remember Them" project. The award was collected by Olivia Edmondson our Youth Chair at the Dunkenhalgh Hotel on Friday 23rd September 2016 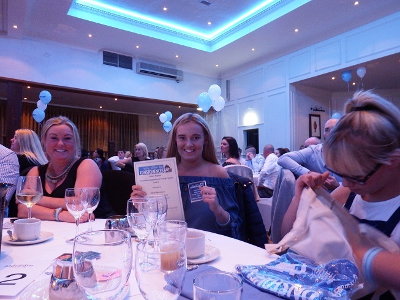 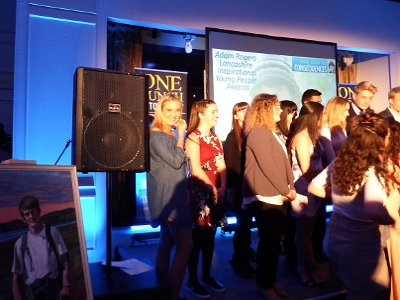 Mary Marshman (Haythornthwaite) and Carl Haythornthwaite who recently visited the crash site and Memorial boulder at Sykes Geen. Both relatives of the late Flying Officer C W Haythornthwaite (aged 24) who lost his life when crashing near Chaigley during WW2 and is buried at Mellor. 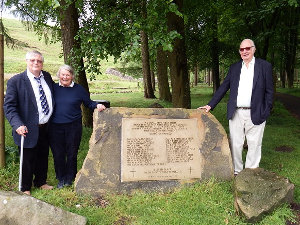 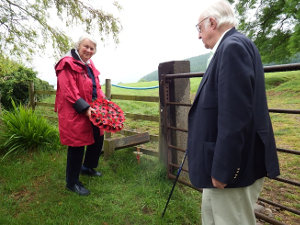 Duane and Diana Lyon drove to New Orleans in the USA where they visited the WWII Museum to donate the film, "Ribble Valley Remembrance". The Curator/Content Specialist, Kimberly Guise, who is pictured below, was happy to accept  it. 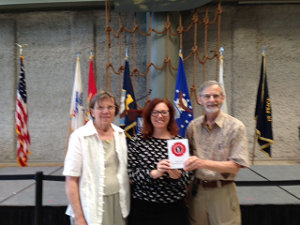 Our project for the Memorial Service held on the 19th September at Sykes Green for the 25 Airmen killed during WW2 in the Forest of Bowland was published in the 'Life and Style' section of the Starkville Daily News paper, Section B and published on Sunday 10th April 2016. This was written by Duone Lyon who came across from the States to attend the service and visited the crash site of his late Uncle Edgar Lyon who lost his life when the B24 Liberator heavy bomber crashed on Burn Fell. Three other airmen were also killed but 15 luckily survived. The crash happened on the 1st February 1945. The plane had a nickname of " Come Along Boys" and had served over a 100 missions over Germany and was being taken back to Blackpool for decommissioning. Two photographs have also been published with one being the actual parade and the other of Duane and Diana Lyon holding the American flag over the dedication stone at Burn Fell Farm.
Our thanks go to Duane and Diana for this work.

Have received today 30th March 2016 a letter from Gordon Campbell - High Commissioner for Canada who has congratulated us for our work on the Forest of Bowland WW2 project. Copies of the film and Remembrance book along with photo's were sent and communication with all the Embassies involved have taken place over a four year period.

Mrs Mary Marsham the daughter of the late Grace Haythornthwate has written to us regarding her late Uncle Sam Haythornthwaite (Pilot) who was killed in the Forest of Bowland and thanks us for our efforts and will be travelling from the South of England to view the Memorial Boulder.
She remembers her uncle putting her on his shoulders when she was three and giving her a teddy before going off to the war. Her Mother talked of him a great deal. A great loss to the family.