The items shown on this page are the earlier ones from this project. The later and current items are in Bowland News.

Update May 2014 Forest of Bowland Project

During the Easter break members of the youth forum went to the Trough of Bowland and met Dave Oyston from United Utilities who took the group on a decent walk to show them the valley in which several of the crashes took place. He also showed them the area that they will plant 25 baby trees for each serviceman who lost their lives in the accidents that took place. They also met Sandra Silk from the offices of Outstanding Natural Beauty who discussed what they do to preserve and enhance the area. They then went to Slaidburn to meet George Darby the vicar in the church who will be conducting the various services connected with this project. The group went to various locations which will see the placement and siting of the main Memorial boulder and smaller dedication stones.

Our project at the moment on the dedication stones is held up due to struggling to find the correct boulder for our main site at Langden Brook and this is very disappointing to say the least as the stone masons and quarry management have had seven months to sort this out.

Work continues on the Remembrance and Braille Books and the research.

The Lancashire Evening Telegraph dated Wednesday 27th November 2013 launched the 'We Shall Remember Them' project on page 6 of the newspaper titled 'Memorials for pilots who crashed on fells'.

The article written by Gill Johnson featured five photographs a Boulton Paul Defiant, an American Consolidated B-24J, a Lockheed Lightning, Blenheim MKV BA246 and a North American Mustang Mk.1 AP208. In addition a photograph of a person walking towards some wreckage on a moor of the Ribble Valley so some newspaper licence there!

Youngsters have been awarded £27,000 (actually £28,000) to create memorials for pilots who crashed in the Forest of Bowland and Ribble Valley during World War Two. The Clitheroe Youth has won a grant from the Heritage Lottery Fund for "We Shall Remember Them" after a two and a half year appeal for funding.

A total of 25 airmen from America, Canada, Poland and Britain lost their lives in fourteen separate plane crashes. The group plan to place a memorial stone at Langden Brook create a remembrance book, a braille book, a film about the crashes and place five headstones in and around the crash sites.

The project is keen for anyone with memories of the crashes or those involved to share their stories with them. Mr Diack MBE Chairman stated "This is a very important project for us to be taking on and it will take some time for all the research to be completed". "We hope to hold a service in October next year to remember those who lost their lives and we hope to mark the projects completion in February 2015.

"I couldn't believe it when I was told that there were no memorials to these pilots in the Forest of Bowland and I thought that something must be done about it".

Any young person who would like to to join the project or if anyone has any information about the crashes, call Mel Diack on 01254823012 or the Lancashire Telegraph Bygones desk on 01254298223.

Any information about the aircrews' families is also being sought, with the aim of inviting them to the memorial unveiling.

On the same afternoon BBC Radio Lancashire contacted Mel Diack and asked for a short interview on the project which went out live at 5.50pm and lasted 1 minute.

As a result of the start of our 'We Shall Remember Them' project regarding the airmen killed in the Forest of Bowland during World War Two, the  Clitheroe Youth  Forum was awarded the Princess Diana National Award.. 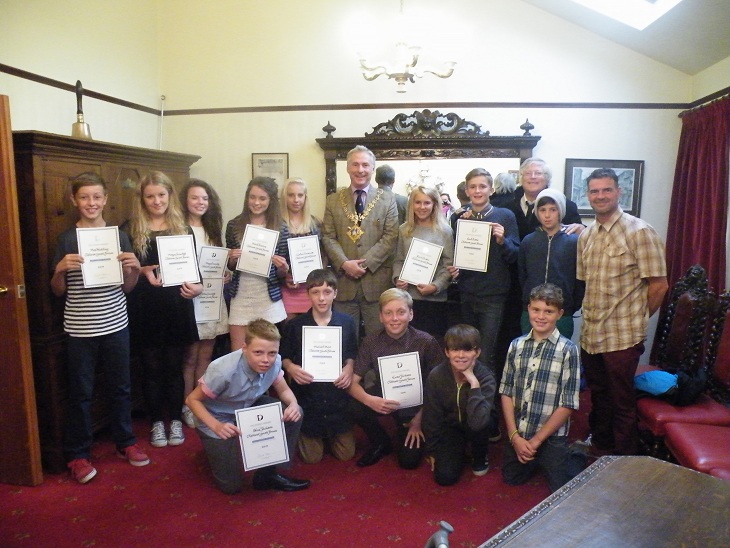 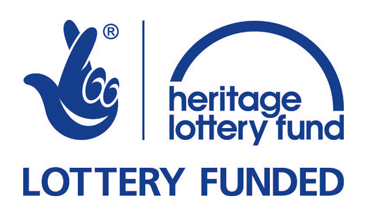 Our new project (We Shall Remember Them) for the 24/25 servicemen killed in the Forest of Bowland involving 14 planes that crashed from 1940-1946 has finally been agreed by the Heritage Lottery. This has taken nearly three years and three submissions. Further news to follow on this as we commence this work over the next few months.

Our thanks to the Lancashire County Council Heritage and Libraries Services and Community Voluntary Services for their valuable support and professional form filling. These forms for funding assistance even for worthy projects are becoming so much harder and with less funding available this makes matters even more difficult.

One of our major partners for this Project will be United Utilities as one of the main aims is to erect a memorial at Langden Brook in the centre of the Forest of Bowland and this will be on their land in addition to dedicating a baby tree to each serviceman lost.

A Remembrance and Braille book will also be dedicated as well as marker stones and crosses at or near the crash sites.

We Shall Remember Them

Our initial research indicates that 15 planes crashed into the Forest of Bowland in the Ribble Valley during World War Two and the Berlin Air Lift resulting in 25 Airmen killed.

We would appreciate in any veteran, family member, friend or associate of any of the following who would care to contact us with a view to giving us further information on any of these men who lost their lives in the cause of Freedom and Liberty. In addition if any other individual or family that has recollections of any of these crashes could also contact us with a view to obtaining further information.

We are still at the start of our second Heritage project proposal and in discussions with the Lancashire County Council Library Heritage Services as we need a partnership agreement for the Heritage Lottery bid. Meetings have been taking place with the Royal Air Force, United Utilities who own areas of the Forest of Bowland as we plan to place the main memorial stone at Langden Brook, Norman Kelly for the Remembrance Book, Ribble Valley Borough Council and Lancashire County Council planners as well as other land owners for smaller memorials to those who died in specific areas, officers from the Area of Outstanding Natural Beauty at Dunsop, Slaidburn Parish Council, St Andrews Church, Slaidburn Young Farmers, Natural England and the vicar of St Mary's Andy Froud who has been very supportive in all of our work to do with World War Two.

We are hoping to link with the organisations who are involved in veteran flying from America, Poland, Canada, Australia and of course our own RAF.

A bid is being prepared for submission to the Heritage Lottery to erect a memorial on Burn Fell in the Forest of Bowland to those servicemen who crashed into the hills and lost their lives during World War Two. We understand 25 men were killed as a result of these crashes. We hope to put an information board in the middle of the Forest of Bowland to enable visitors to read giving more detail as to who was killed and what planes they were in as well as a small memorial in one of the local churches. Many of these men were in fact American and Canadian.

We had a very positive meeting with a represntative from the Heritage Lottery and more detailed preparation now needs to be completed before the next submission.